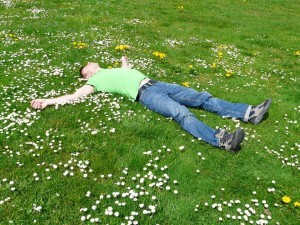 Importance of Sleep for Self-defense

In this writing I will discuss the effects of sleep on physical and athletic performance. The reason is to better understand how important sleep is for the ability to defend oneself from violent physical attacks. As a self-defense instructor, I’m aware of the physical strategies one must utilize to survive an attack. In addition to that I’m aware of the mental fortitude one must have to survive an attack as well. However, there are a plethora of life decisions that the self-defense student must make to ensure they’re living a healthy life that prepares them well for combat. Getting proper sleep is one of these essential things that the serious student must have. Here we will discuss how not getting proper sleep can hinder one’s alertness, coordination and reaction time to make them less able to survive heinous attacks on the streets.

Sleep loss impairs human’s ability to make good decisions and employ good judgement. Studies show that motivation, focus, memory, and learning are impaired by lack of sleep. Without proper rest the brain has difficulty remembering past events and learning new skills/ things in general. Therefore, this is why sleep is such a big concern for teenagers in high-school. They’re brains are still developing and yet they’re not able to operate optimally because they’re sleep deprived. This leads to them making a range of brash unintelligent decisions.

On the field, one study has shown that MLB players show decreased ‘plate discipline’ as the season progresses. This means the number of times a batter swings at a ball outside of the strike-zone increases. MLB players are better able to make good decisions in-game at the beginning of the season as compared to the end. The reason is because of the mental fatigue and lack of sleep that accumulates over a long 100 plus game season. This pattern is found in most professional athletic sports. Professional athletes will cite fatigue as a leading factor to making mistakes in the game. Often dealing with nerves and high-pressure situations become harder as well. Certain athletes will cite sleep deprivation as a bigger factor to worse performance more so than even injuries.

Furthermore, more people are beginning to believe there is a connection between lack of sleep and the amount of medical mishaps in hospitals. According to the Institutes of Medicine, between 50.000 and 100,000 deaths occur each year due to preventable medical errors. In fact, many of the errors were not highly complicated mistakes that couldn’t have been avoided. Many were quite simple but due to the lack of sleep people couldn’t recognize their simple mistakes.

This is even more problematic when we consider that many doctors work shifts up to 36 hours regularly but still must perform highly complicated surgeries and other procedures. People are concerned because many lawsuits seem to target sleep deprived doctors who were overworked. None of us want to go through a seriously difficult surgery with someone who is going to make mistakes because they’re tired. Some people propose that if a doctor performs a surgery while they’re severely sleep deprived they should be brought on criminal charges. One study led by Dr. Charles Czeisler of the Division of Sleep Medicine at Harvard Medical School found that hospitals could reduce the number of medical errors by as much as 36 percent by limiting an individual doctor’s work shifts to 16 hours and reducing the total work schedule to no more than 80 hours per week.

Lack of sleep also has serious safety consequences as it limits our ability to effectively drive vehicles. A survey showed that 103 million people admitted that they have fallen asleep at the wheel of the car. It’s been estimated that 100,000 police-reported crashes are because of lack of sleep on the driver’s part. It’s been surmised that the number is higher and that lack of sleep leads to about 1 million crashes, 500,000 injuries and 8,000 deaths each year in the U.S.

Lack of sleep can affect our cognitive functions for many weeks leading us not able to access higher-level functions. It affects our mood, ability to focus and concentrate on tasks in the moment. Also, it stops people from being able to be as alert and observe what is going on around them. The further problem is this doesn’t go away after a couple days. A person will continue to feel tired until they have caught up on what is called sleep debt. Sleep debt is a term to show many hours of sleep one has missed. For example, let’s say we need 8 hours of sleep to be at peak performance per night. However, you only 6 hours, well now you have 2 hours of sleep debt. This sleep debt accumulates over time becoming larger and larger. Some people have over 20 hours of sleep debt so unfortunately you won’t feel rested until you get rid of your sleep debt.

Sleep deprivation reduces reaction times significantly. One all-nighter can reduce reaction speed by more than 300% according to some sources. Certain studies show that not sleeping for an extended period puts your mind in the same state as if you’re drunk. This has led many scientists to demand greater enforcement be put on those who decide to drive knowing they’re sleep deprived. This is to put greater responsibility on those who are driving. High-level athletes must make instant decisions and this impairment on their reactions has been shown to have horrible effects.

4. Sleep deprived people are at a greater risk of being injured in physical activities.

According to one study, individuals that got a few hours of sleep were more prone to injury. This follows from the last point in so far that greater injuries happen because people react to external stimuli slower. We’ve all had the experience of driving late on the road and a car veers into our lane and because were so tired we don’t see it till the last second. Well this is detrimental as well to any physical activity that requires fast response times. This means that boxers will respond slower to punches, players on the field can’t avoid dangerous tackles and hits etc. In addition, over time due to lack of sleep the body’s immune system will begin to break down causing illness. Also, the body won’t be able to recover from tough workouts and strenuous activity in general. Beyond small injuries, one recent study on MLB players has shown fatigue can shorten the playing careers of professional athletes.

5. How this relates to self-defense

To properly defend yourself it’s imperative that you’re able to stay alert and aware of your surroundings. The first thing a good self-defense class teaches is the ability to be aware and what to pay attention to stay out of trouble. If you’re aware of your surroundings you can avoid dangerous situations before they happen. You can avoid dangerous people before you encounter them. You’re able to perceive the behavior of people around you and decide if it’s threatening or not. As discussed earlier though if you’re sleep deprived you’re not able to be as alert as when you’re well rested. Therefore, you won’t be able to avoid dangerous situations as well and have the necessary cognitive levels to pay attention to subtle behaviors that should be concerning.

In addition, the second most critical skill to self-defense is avoidance. Essentially you want to avoid fighting at all costs. If this means taking personal insults, threats to yourself or even running away you should to avoid fighting. The reason is that you don’t ever know who you’re dealing with. Potentially you could end up seriously injured or killed because of fighting. It’s stupid to end up seriously hurt because you couldn’t walk away from negative remarks. However, sleep deprivation affects your mood and your ability to control your emotions. People who are very tired have increased road rage and more aggression in the workplace. Therefore, it will be more difficult to walk away from altercations if you aren’t properly rested. Remember it isn’t cowering to walk away from altercations, it’s empowering. The reason is your reserving all fights that you do engage in for serious attacks where you will be able to fight to the best of your ability feeling justified because you attempted to avoid violence at all costs.

Sleep deprivation can also limit your ability to effectively do certain skills that could potentially safe your life. The ability to defend yourself is much more than just being able to fight. One could have to drive very quickly to avoid attackers, perform medical care on an injured loved one or a multitude of other skills. These skills will be much harder to perform if one is severely sleep deprived. While it is true that the person will experience an adrenaline rush effectively waking them up and making them more alert. However, evidence shows the “rush” will have a more limited effect on someone heavily sleep deprived. For example, it might not last as long and the dump might happen for longer.

Furthermore, the effects of sleep deprivation on reflexes can be detrimental. Without having a deep understanding of close combat, you can imagine that having fast responses is imperative to your ability to defend yourself. Now it’s true that quality self-defense focuses very little on hand eye-coordination as its too slow for up close violent fighting. This is the reason that boxers can’t box forever and high-level athletes must retire because as age increases, hand-eye coordination and speed begin to decrease.

This is the reason why the system I teach focuses on the ability to avoid strikes and blows by feeling them through your sense of touch. Your sense of touch doesn’t decrease like hand-eye coordination. Imagine even if your sleep deprived if your suddenly burned you will still move your hand away rapidly to avoid being burned. However, sleep deprivation can still slower this reaction a bit. Considering that it’s likely when you’re attacked the assailant or assailants could potentially attack you from behind, in the dark, while you’re getting into or out of the car split second reactions become increasingly important. In addition, while it’s good to use your sense of touch to avoid strikes; it’s important to note that an initial altercation will begin without contact therefore, you could be caught off-guard initially if you’re sleep deprived.

In being attacked you could suffer injuries ranging from being stabbed, shot, punched, kicked, hit by a bottle, falling accidentally, being thrown down forcibly, hit by a car etc. As stated before you could be at more risk of these things happening due to you suffering a premature adrenaline dump and not being able to adequately defend yourself. In addition to that your immune system won’t be as capable in healing some of these injuries since you’re not well rested. Also keep in mind that despite having an adrenaline rush that will excite you, your dump will be even worse than someone well rested because you will crash from your dump and have a very high sleep debt. Also, it will be harder to recover from the extreme stress that your body has just been put through. Victims of violence often cite having physical problems for months or years after the crime happened. Sleep deprivation can only lead to worse problems.

I have given a brief overview of sleep and the effects it can have on physical performance. This wasn’t just to show why it’s important for physical performances but also why it’s important in general. While I applied this to my career of self-defense the reality is that I hope that this helps people lead safer lives in general. Safer lives that enable you to enjoy the day easier and avoid crime as well.

2 thoughts on “Get some sleep!”