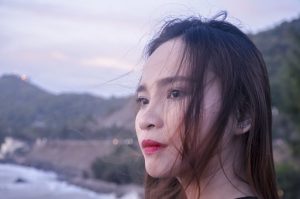 It’s time everyone. Time that we end sexual violence against women for good. The reason I say this is because recent incidents have shown we have serious problems in our society. Many people are offering strategies to fix these problems. I like them however, I haven’t heard anyone mention self-defense as an option to help fix the problem. Not focusing on women’s ability to defend themselves does a disservice to them. Self-defense is important to stopping sexual assault because it teaches women total self-reliance, builds confidence in themselves and gives them skills to deal with non-violent situations as well.

Self-defense focuses completely on training women to stop their attackers without relying on changing the assailants behavior. Laws, sensitivity training. greater restrictions within society and companies are very helpful. That said, laws are meant to deter criminals from doing illegal behavior. Same with the other mentioned strategies. This is problematic because people might decide not to respect these rules. Therefore women are still defenseless to protect themselves if others break the law and assault them.

Self-defense provides women with a confidence that laws and regulations never can. There’s a confidence that comes with being able to handle situations and problems yourself. When I started learning to defend myself I developed more confidence because I didn’t have to rely on other people anymore. In much the same way self-defense can give women belief in their ability to protect themselves. There’s a sense of security when you don’t have to rely on external factors to protect you.

Self-defense provides women with strategies to deal with non-violent situations as well. It encompasses more than just being able to deal with physical threats. Self-defense provides people with skills to deal with workplace violence, unwanted approaches, stalking boyfriends and more. Perhaps more importantly there’s a confidence that you have in dealing with non-physical aggressive advances when you’re confident physically. The reason is you know that if things get physical you’re prepared.

Many women deal with uncomfortable approaches because to a certain extent they fear a violent or angry response. They remain polite far longer than they should or want too. However, when you’re confident in your ability to defend yourself you have less fear if people become aggressive because you have the skills to deal with it.

4. Women that are committed to defending themselves change society

Women that are capable of serious harming attackers provide more an incentive for assailants to avoid assaulting them. There is nothing scarier than attacking someone who is willing to slam a knee into your groin, a palm under your chin, an elbow into your throat. Criminals are afraid of difficult victims which is why they like to choose easy targets. A society where women are equipped to deal with violence and are willing to unleash HELL on people that attempt to assault them is terrifying for criminals.

Again many different approaches are going to solve this problem. I’m in favor of changing laws, more regulations, sensitivity training and measures like this. That said self-defense training must be a part of the solution as well. It’s wrong to totally rely on changing the attackers behavior because it’s difficult to totally control.