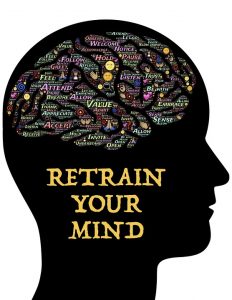 1. Mindset is most important for self-defense

When I began training in brazilian jiu-jitsu I was told mindset is important to being a successful athlete. Again in guided chaos I was advised that your mindset is critical to defending yourself. Initially this is strange for people to hear because if you can’t perform physically you can’t defend yourself. That said, I’ve found not having the proper mind-set leads to less effective physical skills. Therefore, to defend yourself you need to develop the proper mind-set to ensure you’re able to fight aggressively, train consistently, accept the brutal reality of close combat and avoid unnecessary altercations.

Mindset determines how aggressively you’ll fight. Deciding that regardless of your attackers advantages you will ensure you survive is the right mindset. There have been a number of untrained individuals that have been able to defend themselves. The reason is despite their lack of formal training they were determined to STOP their attacker. Conversely I’ve known trained martial artists who give up or freeze during an assault. They weren’t mentally prepared to never give up, to keep on attacking despite being seriously injured etc.

Mindset determines how diligently you’ll train. Clients I have that understand the danger of close combat take sessions very seriously. They’re on time, stay late to ask questions and give their best efforts. Clients who don’t understand this usually train less and honestly are less prepared for combat. In some cases I’ve trained very busy  CEO’s who still found time to consistently train. Being prepared for violence meant that much to them.

Proper mindset determines how effectively you train. When your mindset is to prepare for self-defense engagements to protect you or your family you train a certain way. You train harder and with more focus. You don’t focus on doing better than other students because you understand you won’t be fighting them. Whereas clients that focus on performing the best in class miss the purpose of Guided Chaos training. They focus on the wrong things and it hinders their development.

Also it allows you to train with the proper perspective. Students who understand they’re training for lethal combat engagements realize the difference between sport and combat. They respect sporting combatants and the skills they possess but know they aren’t the same. This allows them to train knowing full well to survive an assault they will need to use techniques that can’t be legal in a sport. This means attacking vulnerable targets like the eyes and throat. Clients that don’t understand this distinction are never fully prepared for self-defense.

4. Proper mindset prepares you for the violence of an assault

Furthermore this perspective gives you the edge to do whatever you must to survive. In an assault you need to be prepared to use a weapon on an attacker, crush their windpipe, break their knee etc. The proper mindset allows you to accept this possibility and act in the moment without hesitation. Whereas clients that don’t accept this often aren’t able to do what’s necessary should they have too. They simply didn’t accept beforehand that they might have to elbow someone in the jaw, attack someone’s eyes etc. So when they had to do it in the assault they couldn’t because they didn’t prepare themselves mentally.

It also allows clients to be less fearful. I’ve noticed over the years clients that are properly trained accept the brutal reality of assaults. They accept they could be seriously injured or killed and move on. By accepting these things they focus on making sure they don’t happen to the best of their ability. People without the right mindset never mentally prepare for these possibilities and freeze when confronted with them. They become terrified at the prospect of being injured.

Lastly I’ve noticed that having the right mindset allows you to avoid senseless altercations. For combat your mindset should be to avoid using violence unless you have too. The reason is defending yourself could potentially cause you serious injury, cause you to seriously injure someone else and incur legal consequences. These risks are only worth dealing with if you don’t have another option. Individuals who don’t adopt this attitude for self-defense find themselves engaged in senseless fights.

One thought on “Self defense starts with your mindset”